Home » Molecular Sieve Desiccant Application All You Need to Know

Molecular sieve desiccant is a synthetic desiccant product with strong adsorption to water molecules. The pore size of molecular sieves can be controlled by different processing techniques. In addition to adsorbing water vapor, it can also adsorb other gases. In the case of high temperature above 230 ℃, it can still hold water molecules .They are usually used as absorbents of gases or liquids. They are quicker in absorbing water than silica gel. The sieves may be micro-porous, macro-porous and meso-porous. They provide protection against moisture and water. These desiccant molecular sieves are available in beads and pellets. The sieves are in a crystalline structure with different pore sizes. They are uniform in their structure, and hence will not let out the moisture back into the container very easily. They are used in removing water from liquids and gases. Molecular sieve is more effective in the removal of water than silica gel, calcium or clay. It also retains moisture even at high temperatures. Hence it is the most preferred desiccant.

Molecular sieve desiccant is a synthetic desiccant product with strong adsorption to water molecules. The pore size of molecular sieves can be controlled by different processing techniques. In addition to adsorbing water vapor, it can also adsorb other gases. In the case of high temperature above 230 ℃, it can still hold water molecules well.

What is the principle of molecular sieve drying

1. Use an electric heating blast drying oven to control the temperature, and use six saturated aqueous solutions of zinc bromide, potassium acetate, and magnesium chloride to create different humidity environments to simulate the temperature and humidity environment for product storage, and use the general principles of weighing to study the feasibility of using the product for other purposes. 4A molecular sieve water absorption and release performance.

How can I choose Molecular sieve desiccant?

The most common type of Molecular sieve desiccant is 4A molecular sieve，which mainly used for deep drying of air, natural gas, hydrocarbon complete alkane, refrigerant and other gases and liquids;Preparation and purification of argon gas; static drying of electronic components and substances susceptible to moisture deterioration; dehydrating agent in paints, polyesters, dryes and coatings.

Characteristics of molecular sieve desiccant: Under the condition of humidity, it can still absorb a large amount of water vapor in the environment and effectively control the environmental humidity.The moisture absorption speed is fast, especially in a very short period of time to absorb a large amount of water vapor.It has the characteristics of a desiccant with large water absorption and unpleasant water absorption speed, especially in a short period of time, it will not be saturated with water and it still has the ability to absorb water.

Molecular sieve desiccant in the field of pharmaceutical packaging materials

Appropriate pharmaceutical packaging materials can better ensure the quality of medicines. Desiccant in the package.

When selecting the desiccant material, first determine the moisture absorption isotherm of the desiccant and determine the dosage.The amount of desiccant is very important. If the amount is insufficient, it cannot play its due protective role. If it is used excessively, it will lead to excessive drying and unnecessary cost increase.

molecular sieve desiccant in the field of insulating glass

Molecular sieve is a kind of high-efficiency and selective adsorbent. It can still adsorb a large amount of water at low moisture or high temperature. Because it does not absorb refrigerant and oil, molecular sieve has higher water absorption than other adsorbents and can effectively dry various a refrigerant.

The refrigeration unit is a closed circulation system, and the working medium circulating in the system is not allowed to have any impurities. The entry of impurities will make the system unable to operate normally, reduce efficiency, increase energy consumption, and cause accidents in serious cases. Several impurities commonly found in refrigeration units are air, moisture, lubricating oil and mechanical impurities. Moisture is one of the biggest factors affecting refrigeration systems. The refrigeration process in the air conditioner requires the water content of the refrigerant to be less than 15ppm. This is because when the temperature drops below 0°C, the capillary blockage caused by the freezing of the water in the refrigerant due to the low temperature will seriously affect the system and make refrigeration impossible. Moreover, when there is moisture in the system, weak acid will be produced, which will promote metal corrosion, and the corrosion of metal will seriously affect the life and normal operation of the system.

MSDH (Molecular sieve dehydration) Technology works on the principle of pressure swing adsorption. Electrostatic interactions and polarity between adsorbent and ethanol-water mixture are the basis for operation.

Process consists of two adsorber columns (beds) filled with molecular sieve 3a; however sieves of any size ranging from 2.9 Å to 4.3 Å can be used. The continuous flow of ethanol-water vapor (approximately 95.63% (w/w) ethanol) is allowed to pass through sieve bed. These sieves, based on their specific pore size (3Å), retain the water molecules (2.8Å) from vapors of ethanol-water mixture thereby preventing ethanol molecules (4.4Å) from entering through it. Thus the water molecules enter through the pores and are trapped in the cages of the Zeolite.

During pressurized adsorption step, water molecules from ethanol-water vapor, get adsorbed in the pores of molecular sieves whereas an unadsorbed ethanol vapor, free from water molecules leaves the column. These ethanol vapors, after leaving the adsorption column, get condensed and the condensed purely anhydrous ethanol is then collected in a tank. After certain interval of time, the column under adsorption gets saturated with water molecules. This saturated column is then subjected to desorption for regeneration of sieves. During regeneration of the column water is removed by depressurizing the column (by applying vacuum) and purging the bed with a portion of purified ethanol vapor. These sieves in the columns are alternately subjected to adsorption and desorption of water. MSDH is a promising alternative to conventional dehydration processes and a good attempt in reducing the energy consumption over them. The energy consumption of the process measured in terms of its steam consumption can still be lowered by applying liquid phase adsorption, since both liquid and vapor-phase adsorption are technically possible. However, vapor-phase adsorption which involves evaporation and superheating of the ethanol water mixture prior its exposure to the molecular sieve bed is usually preferred.

It will cause a considerable increase in its steam consumption, but still the energy consumption of the process is low as compared to other dehydration techniques. The basic difference in membrane processes and molecular sieves used for ethanol dehydration is that, the productivity of a membrane system increases with water concentration, while the productivity of molecular sieves decreases with water concentration. Besides its few imitations molecular sieve dehydration remains the most favorable technique for ethanol dehydration. Adsorption of water on Zeolite is a strongly exothermic process. As ethanol water vapor enters the bed, rapid water adsorption followed by significant heat generation takes place. The possibility of using this released heat in evaporating the ethanol water mixture thereby reducing the overall steam consumption in a process can also be explored in near future. Though the process is associated with low energy consumption as compared to distillation; the use of MSDH for recovery of ethanol from fermented wash is never advisable since direct exposure of molecular sieves to fermented wash will result in chocking of the pores on sieves thereby reducing the sites for adsorption of water. MSDH has ability to dehydrate ethanol to the concentration of more than 99.8% (w/w) of ethanol.

Ethanol dehydration with molecular sieves has become the most popular method so far in alcohol production. molecular grid,

Environmentally friendly, but probably the most important should be the energy requirement below 3000 btu/gal heating value for ethanol adsorption.

In the process of ethanol adsorption treatment, the most important raw material is molecular sieve.

It is worth mentioning that molecular sieves have a very strong hygroscopic ability and are used for gas purification, and direct exposure to the air should be avoided during storage. Molecular sieves that have been stored for a long time and have absorbed moisture should be regenerated before use. Molecular sieves avoid oil and liquid water. When using, try to avoid contact with oil and liquid water. The gases used for drying in industrial production include air, hydrogen, oxygen, nitrogen, argon, etc. Two adsorption dryers are connected in parallel, one works and the other can be regenerated. Alternate work and regeneration to ensure continuous operation of the equipment. The dryer works at 8-12°C and is regenerated by flushing under heating to 350°C. The regeneration temperature of molecular sieves of different specifications is slightly different. Molecular sieves have a good catalytic effect on some organic gas-phase reactions.

In addition to industrial desiccants such as pharmaceuticals, insulating glass, and refrigerants, molecular sieves can also be used in industries such as petroleum cracking gas, olefins, gas refineries, and oilfield gas drying.

If you want to know more, please continue to pay attention to the Jalon website, we will update these applications. 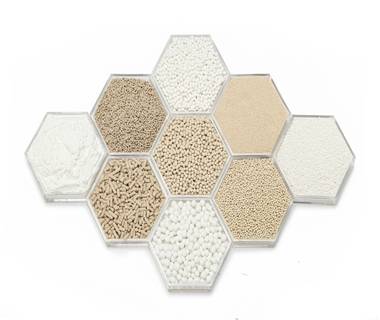 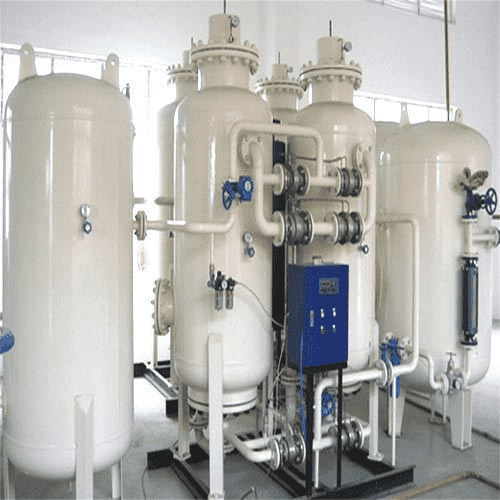 Are you looking for an Activated Alumina manufacturer in India for your business in India but don’t know where to start? This article is an