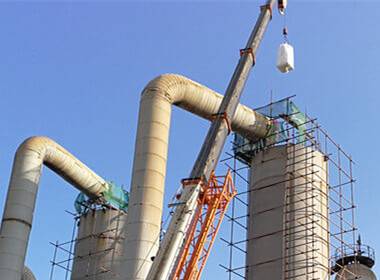 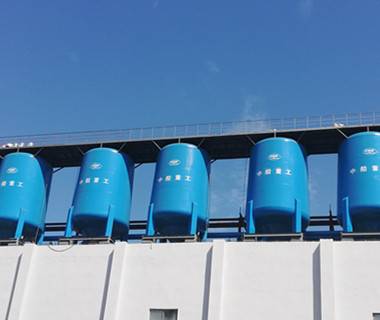 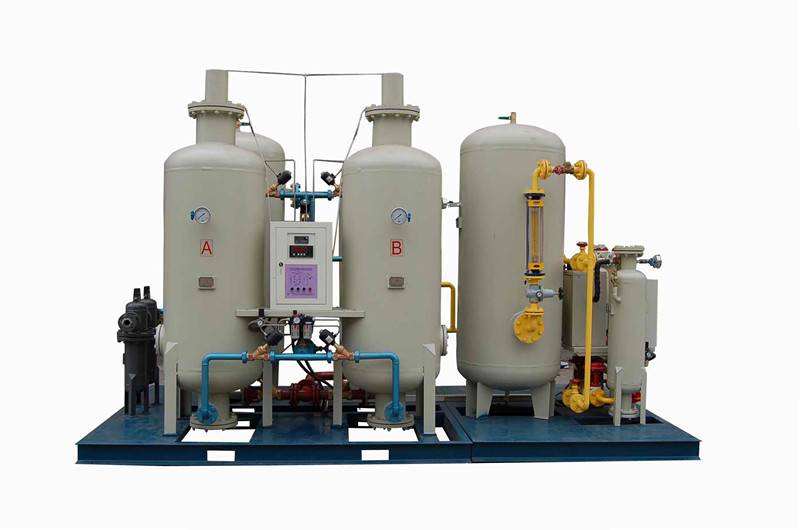 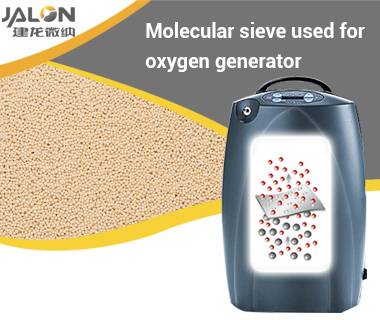 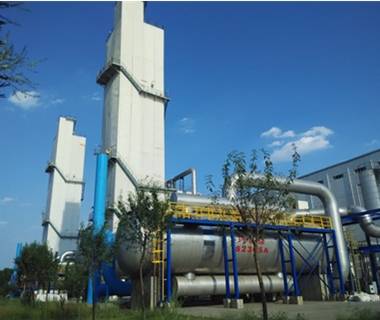 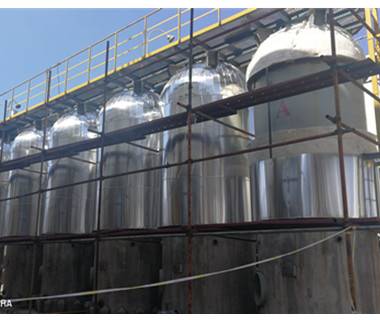 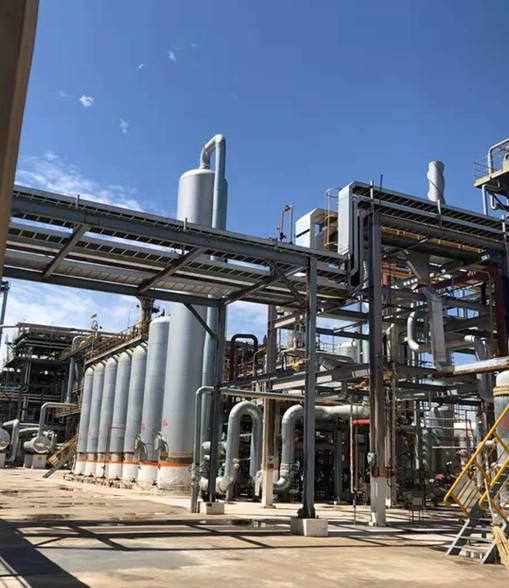 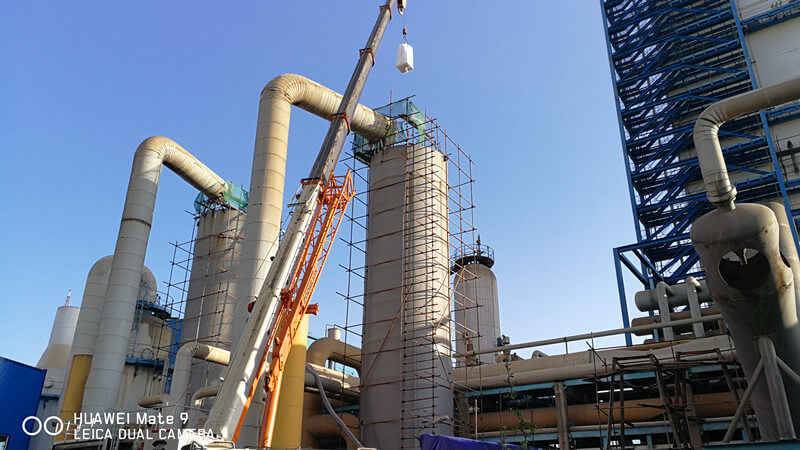 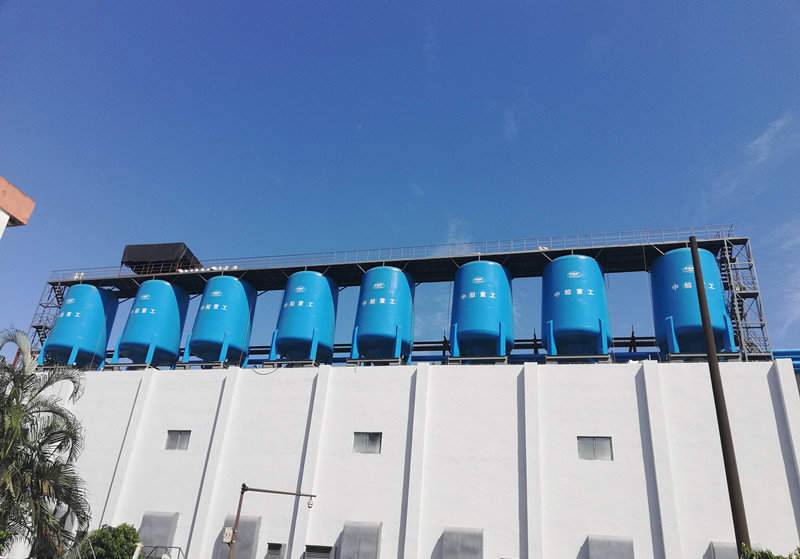 The 30000Nm3/h pressure swing adsorption (VPSA) oxygen production project of Zhuhai Yueyufeng Iron and Steel Co., Ltd., designed and built by CSSC Huanggang Precious Metals Co., Ltd., was successfully started up on June 27, 2019. As of May 29, 2020, the device has been operating stably for 11 months, and all indicators are better than the design indicators. It has been highly recognized and praised by customers, and has created a cumulative effect of 150 million yuan per year for the enterprise. At the same time, the project has realized intelligent oxygen production, mobile control and remote monitoring to guide production, helping to realize the green and intelligent promotion of the industry.

The project uses 4 sets of pressure swing adsorption (VPSA) oxygen generators in parallel. The single set of device is designed to produce 7500Nm3/h of oxygen and 80% oxygen purity. It is filled with our company (Luoyang Jalon Micro Nano New Materials Co., Ltd.) JLOX-103 lithium-type high-efficiency oxygen molecular sieve is 68 tons, the actual oxygen output reaches 7650Nm3/h, and the oxygen concentration is above 82.3%. The 4 sets of equipment in this project are filled with 272 tons of our JLOX-103 oxygen molecular sieve, with a total oxygen production of more than 30000Nm3/h.

The PSA oxygen generator uses zeolite molecular sieve as the adsorbent, and uses the principle of pressure adsorption and decompression desorption to adsorb and release oxygen from the air, thereby separating oxygen. The separation effect of zeolite molecular sieve on O2 and N2 is based on the small difference in the dynamic diameter of the two gases. N2 molecules have a faster diffusion rate in the micropores of zeolite molecular sieve, and O2 molecules have a slower diffusion rate. With the continuous acceleration of the industrialization process, the market demand for PSA oxygen generators continues to increase, and this equipment plays an important role in the industrial industry.

Many industrial manufacturers of PSA oxygen production at home and abroad buy our JLOX-500 series products. 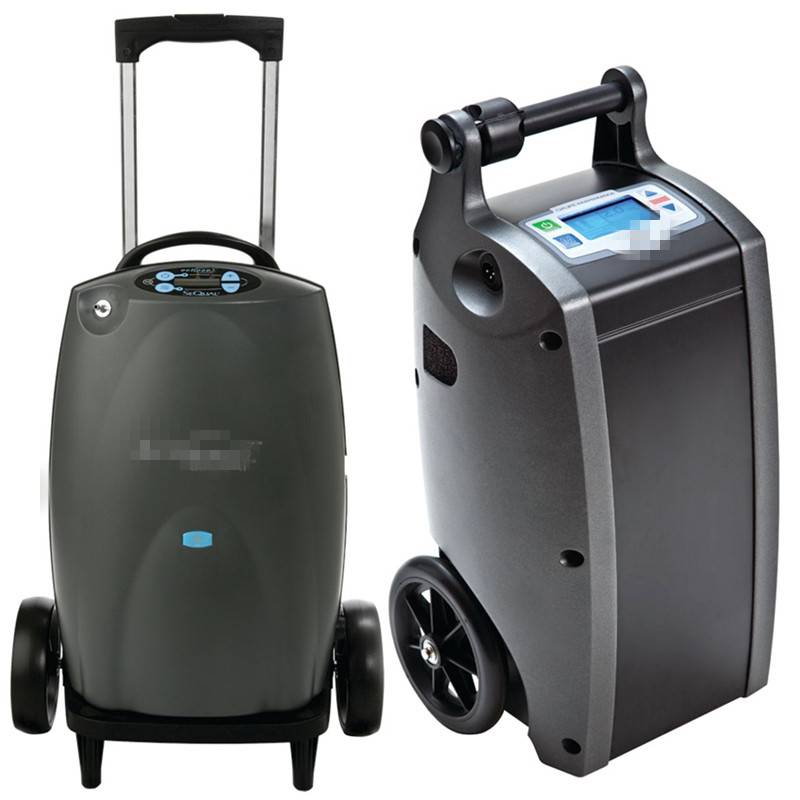 We have a lot of oxygen manufacturer customers to buy our JLOX-100&JLOX-500 series products, Longfian Scitech Co., Ltd, CANTA, and Kaiya Medicale,etc 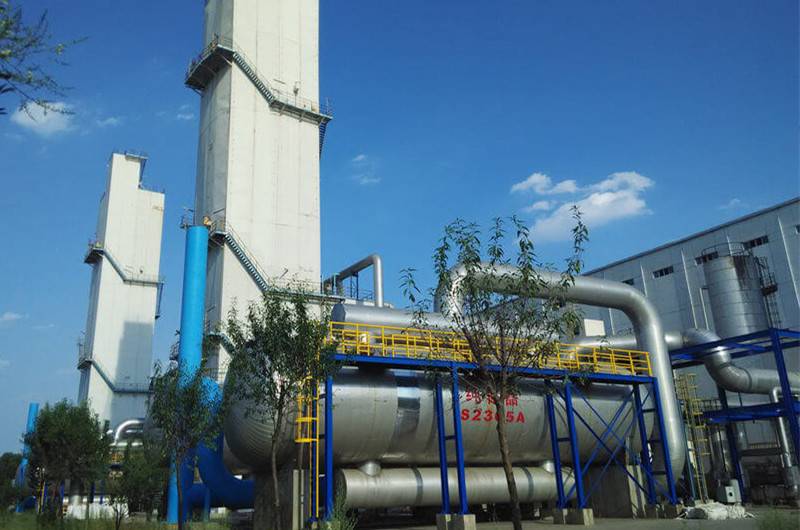 New Energy Energy Co., Ltd. is located in Dalate Banner, Ordos City, Inner Mongolia. It covers an area of ​​six square kilometers. It uses coal as raw material. According to the national energy industry policy, combined with its own corporate advantages, it introduces mature coal chemical technology at home and abroad, and uses the local rich coal resources, development and construction of new clean energy production bases in line with the national energy strategy. The first phase is to invest in a coal-to-methanol project with an annual output of 600,000 tons. The project process uses two sets of 45,000 Nm3/h air separation equipment, using the new high-efficiency JLOX-300A molecular sieve and dehydrating agent activity alumina. The device switching time has been extended from the original 4 hours to 6.5 hours. After strict performance assessment, the technical performance of the products provided by our company meet the requirements of the contract and technical specifications, and the parameters meet the requirements of process operation. 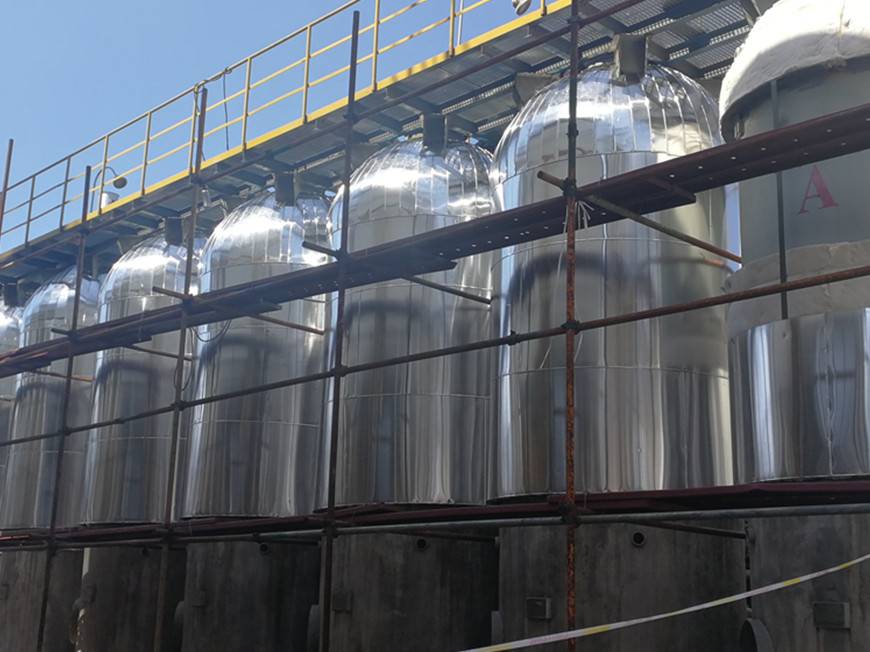 Shaanxi Yanchang Petroleum Yulin Coal Chemical Co., Ltd. (“Yulin Coal Chemical” for short) is a large-scale energy and chemical enterprise under the umbrella of Shaanxi Yanchang Petroleum (Group) Co., Ltd., which integrates the comprehensive conversion and utilization of coal, oil, chemical and electricity. It was completed and merged in January 2012. Put into production of 200,000 tons/year acetic acid and its supporting projects. After upgrading in 2014, the annual production capacity of methanol and acetic acid reached 250,000 tons and 300,000 tons respectively. In 2015, the company built the first domestic 150,000-ton/year syngas-to-liquid demonstration device using cobalt-based Fischer-Tropsch synthesis technology.

The first stage of PSA is used to prepare CO and is filled with JL-COS adsorbent produced by our company. The total filling capacity is 104 tons, and there are 22 adsorption towers. 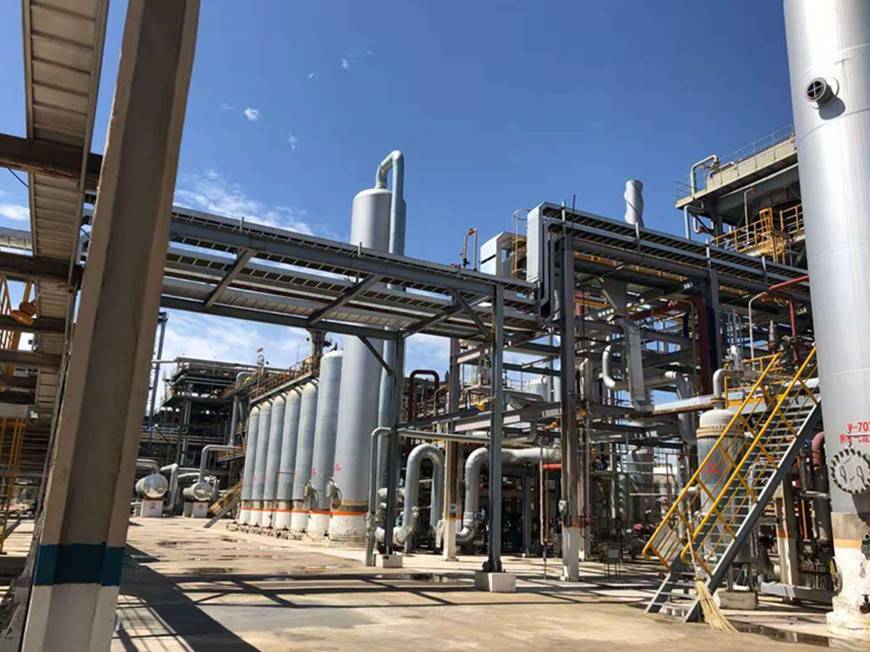 Luoyang Jalon JLPH5 is a synthetic crystalline aluminosilicate with well-developed three-dimensional pore structure and strong polarity with pore opening of 0.5nm. Molecular sieve JLPH5 is Binderless 5A specially designed for PSA hydrogen purifications. It can also used for separation of normal paraffins from branched and cyclic hydrocarbons, PSA oxygen generation.