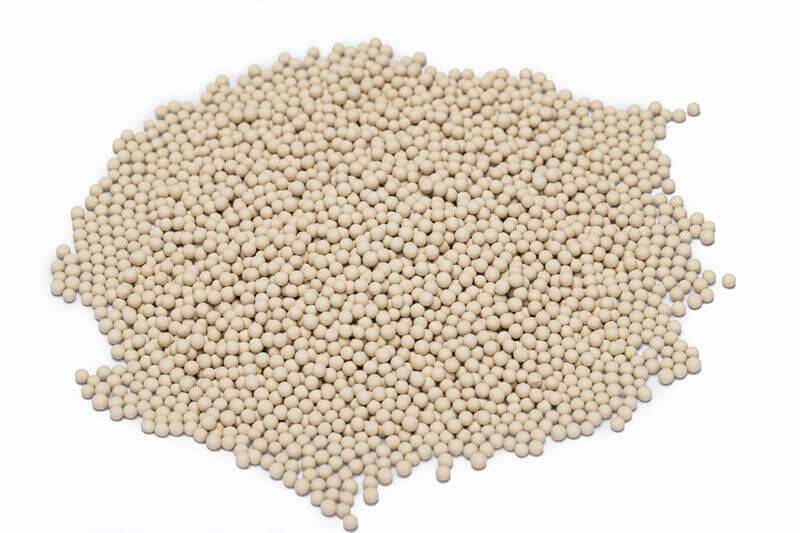 Molecular sieve is a crucial adsorbent in the technology of pressure swing adsorption air separation oxygen production. Molecules whose molecular diameter is smaller than the sieve pores of zeolite molecular sieves can enter the pores, but they can still use different molecular polarities, unsaturation, and polarization rates，the difference in adsorption strength and diffusion rate caused by spatial configuration and so on separates gas molecules. This is because the zeolite composed of cations and the negatively charged silico-alumina framework is itself a polar substance, which can polarize molecules through electrostatic induction. Therefore, the more polar, or the more easily polarized molecules, the easier it is to be adsorbed.

Pressure swing adsorption (PSA) is a newly emerging gas separation technology in the industry in recent decades. Take the adsorbent molecular sieve as an example. It uses air as raw material and uses a high-efficiency and high-selection solid adsorbent under certain pressure and circulation conditions. According to the difference of adsorption balance and rate behavior and the selective adsorption performance of nitrogen and oxygen, the rapid adsorption- desorption cycle is carried out to achieve the purpose of gas separation and adsorbent recycling.

Among them, the use of pressure swing adsorption to produce oxygen is becoming more and more extensive. It is not limited to a few industries such as metallurgy and chemical industry, but also has a large number of applications in medicine, food, papermaking, environmental protection, aquaculture, home health, and other industries.

The classification of pressure swing adsorption oxygen production has the following three:

Its main advantages are reflected in:

2. Good adaptability, the pressure swing adsorption device can be adjusted slightly to change the production capacity, change the impurity content of the raw gas, and the process conditions such as the inlet pressure.

3. The adsorbent has a long service life. Generally, it can be used for more than ten years and can be extended with a little new adsorbent, with less maintenance time and a high operating rate.

5. The equipment can operate at room temperature outdoors, without insulation or heating and cooling. Except for the low-voltage booster meters, there is no consumption of steam, water, or electricity. Pressure swing adsorption is of great significance for reducing industrial investment and energy consumption.

The Chinese research and production company JALON specializes in the research, manufacture, sales and service of various molecular sieves.

JALON’s products and projects are distributed in the United States, Germany, France, South Korea, Japan and many countries in the world. JALON has a complete customer network. Leading companies engaged in oil and gas production, machinery manufacturing, food industry, coal, chemical, petrochemical and other industries use JALON services.