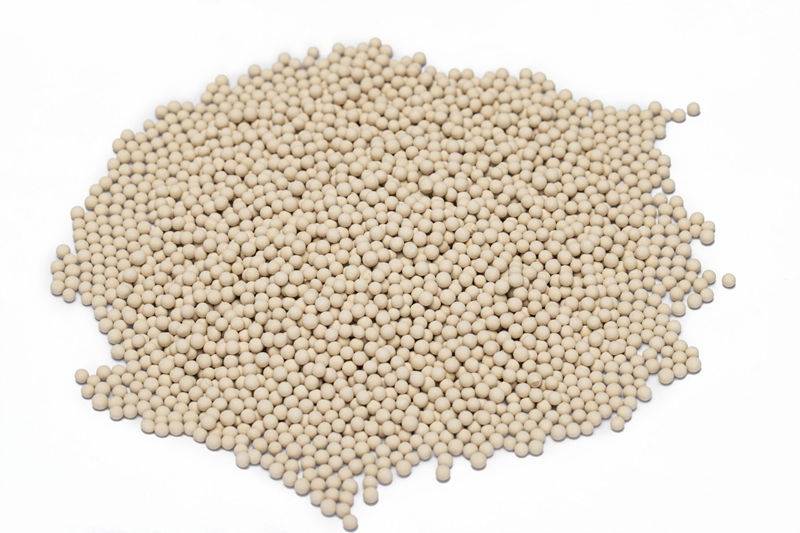 Why we focus on oxygen molecular sieve

The family health oxygen generator uses air to produce oxygen, the desiccant can absorb water, the double-layer glass performs the heat insulation function, and the coating can prevent foaming. These familiar scenes in life are inseparable from a special material-molecular sieve.

Advantages in the field of adsorption, creating a strong industrial necessity

Jalon Chairman Li Jianbo said that there are 148 kinds of molecular sieves in the world, and more than 20 kinds are used in industry. We have Type A and Type X mainly used in oxygen production, hydrogen production, and deep dehydration. In 2018, the domestic market accounted for 11.24% and 43.17%, totaling 16.92 %.

After the raw material air is pressurized by the compressor, it passes through the air pretreatment device to remove oil, dust, and other solid impurities and water. After the air is cooled to normal temperature, the treated compressed air enters the adsorption tower equipped with molecular sieve through the intake valve. Nitrogen and carbon dioxide in the air are adsorbed, and the output gas is high-purity oxygen. When the adsorption tower reaches a certain degree of saturation, the inlet valve is closed, the flushing valve is opened, and the adsorption tower enters the flushing stage. After that, the flush valve is closed and the desorption valve is opened to enter the desorption regeneration stage. This completes a cycle. This process is circulated through two adsorption towers to achieve continuous oxygen supply.

Advanced principle: through molecular sieve, pressure swing adsorption technology (PSA) is used to separate oxygen and nitrogen in the air to obtain high-purity oxygen that meets medical oxygen standards.Low cost of oxygen production: using air as raw material, no additives, no residue and pollution emissions, low power consumption.Easy to use: plug in to produce oxygen, simple operation, stable oxygen concentration, adjustable oxygen flow, ready-to-use, continuous oxygen supply for 24 hours.Safe and reliable: the whole set of the gas circuits is controlled by a low-pressure system, with stable performance and low noise.

Precautions for Use of Molecular Sieve Oxygen Generator：

1. When the oxygen generator is turned on, do not place the flowmeter float on the zero position;

2. It is forbidden to start the machine without installing the filter and filter;

3. When the oxygen generator is working, try to place it in a clean indoor place, and the distance from the wall or other surrounding objects is not less than 20 cm;

6. The water level in the humidification bottle should not be too high (the water level should be half of the bottle body), otherwise the water in the bottle will easily escape or enter the oxygen suction tube;

7. When the patient uses the oxygen generator, please prepare other emergency measures in case of power failure and other failures that affect the patient’s oxygen use;

8. During transportation and storage, it is strictly forbidden to place it horizontally, upside down, damp or direct sunlight;

10. Remember to cut off the power when cleaning oxygen generators, filters, etc. or replacing insurance;

P.S.: You are welcome to follow our LinkedIn account. We will regularly share more knowledge and topics about Molecular Sieves for everyone to learn and discuss together.