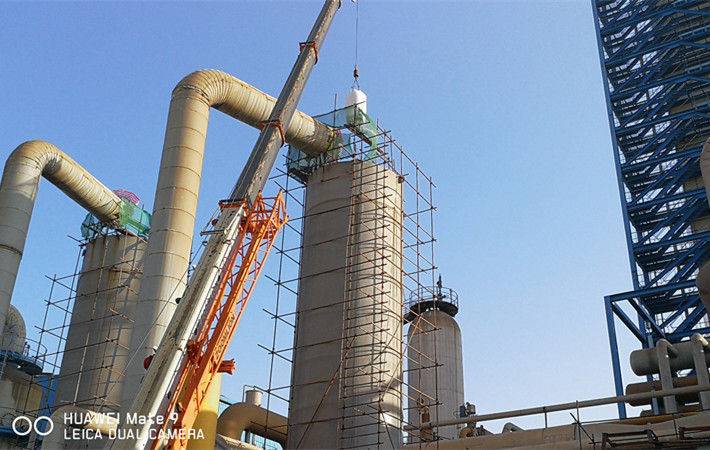 As we all know, the purifier is an important equipment in the gas liquefaction process. The air purification system plays a role in ensuring the safe operation of the entire equipment in the air separation plant process. However, the air purification system generally consists of a molecular sieve adsorber and a regeneration heating device.Molecular sieve adsorber is its key equipment. The adsorber is filled with adsorbents such as molecular sieve and activated alumina to adsorb and remove carbon dioxide, moisture and some hydrocarbons in the air.

The 60,000 air separation unit provided by Yingde Gas for the Shandong Iron and Steel Project adopts a vertical radial flow design. It is filled with 111 tons of our company’s JLPM3 high-efficiency molecular sieve and 132 tons of activated alumina. It will be put into operation in October 2017. The adsorption time designed for 6 hours, the CO₂ content at the outlet of the two purifiers is 0.1~0.2ppm.